A culture passed down from the ancients:
a culture that transcends the ages

TangDynasty Emperor Taizong said “Looking into the histories you foresee the destiny of your nation.” For history and culture Taichung can compete with anywhere in Taiwan. Since ancient times Taichung has been an important cultural and economic center in central Taiwan and over the years the lands has seen its fortunes rise and fall only to rise again.

The historic sites and buildings that are left today tell us how the people of the past lived. These cultural relics and old buildings accumulated over time have a deep cultural significance and are truly fascinating. Taichung has the appearance of a modern city yet within it are preserved cultural sites that retain the flavor of the past.

Witness to past and present 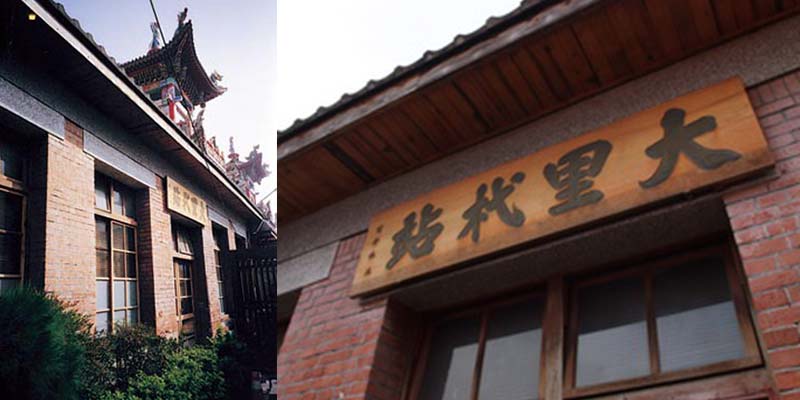 Dali Yi Museum was originally a meeting hall in the Japanese colonial era and is a historic building. After WW2 it was used as a household registration office and as a village activity center. In 1999 it became Dali Yi Museum as part of the Dali Yi Old Street Improvement Plan. The museum has a permanent exhibition entitled “Dali Yi Old Street” and other historical materials. Every so often special exhibitions and other activities are held.

A hospital that no longer provides ophthalmic treatment, now a tourist attraction 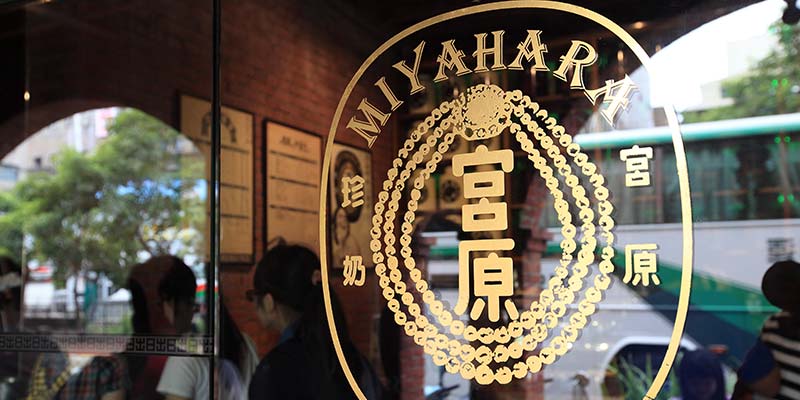 This hospital was built in 1927 by a Japanese optician Dr. Miyahara Takekuma. Miyahara Eye Hospital was the biggest ophthalmic hospital in the Taichung area during the Japanese colonial period. Situated near Taichung Railway Station the hospital has a red brick exterior, wooden roof and an arcade, and is rich in nostalgic charm. In the building the high ceiling library with its faux-antique decoration creates a dreamlike space in which old and new meet. There is a disused well at the center of the hospital which has cleverly been turned into a round glass donation box, with an innovative modern style.

Since it was opened in 1903 this has been an important Taichung landmark. The park has a manmade lake, pavilions, arched bridges and other landscape features as well as an outdoor stage, children's playground, tennis courts and other recreational facilities, making it suitable for all the family. As the park is located in central Taichung and is easy to get to it is a popular family destination at weekends and holiday times.

Farewell to the political glory days 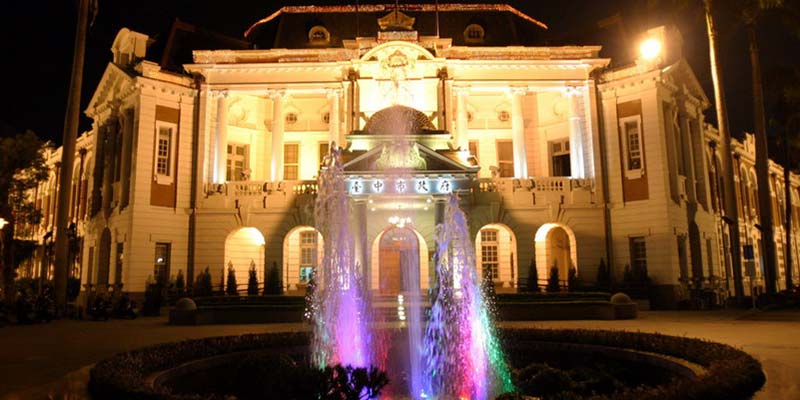 In the Japanese colonial era the Office of the Governor-General was seated in Taichung Prefecture with jurisdiction over Taichung City, Changhua County and Nantou County. Taichung City was the seat of the prefectural office and had a number of government agencies and a large population, thus becoming the economic, political and cultural center of central Taiwan.

The building has a street corner style configuration, with the elaborate and historic main entrance at the corner. The two sides extend back like wings, intended to make the grand government building even more imposing. The building was listed as a historic building in 2002 and as a city designated historic site in 2006. After WW2 the building was the home of Taichung City Government and at present is used as the offices of the city's Urban Development Bureau and Environmental Protection Bureau.

Visit the meeting place of scholars and gentry 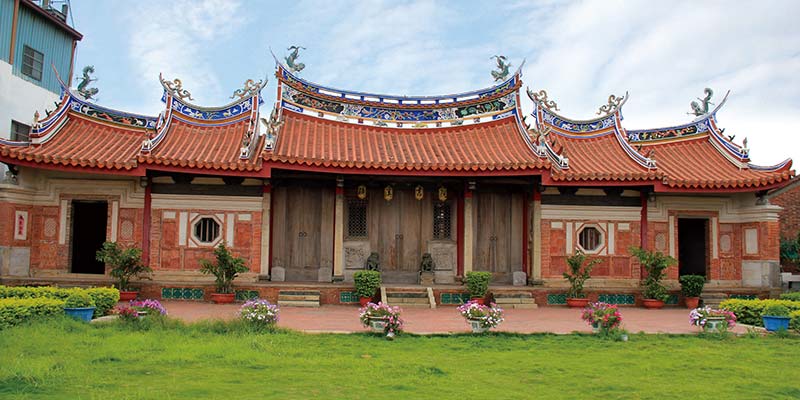 The forerunner of the Academy was the Wenchang Shrine, established during the reign of the Jiaqing Emperor. The shrine was dedicated to Wenchang Dijun and contained both a worship hall and a main hall. The Academy was built in 1888 and accepted students from Dadu, Longjin and Wurih areas, providing enlightened education. The courtyard building is typical of a Qing Dynasty Guangxu era academy. The elaborately decorated building is more than the equal of Daodong Academy in Changhua.

A historic edifice that blends eastern and western style 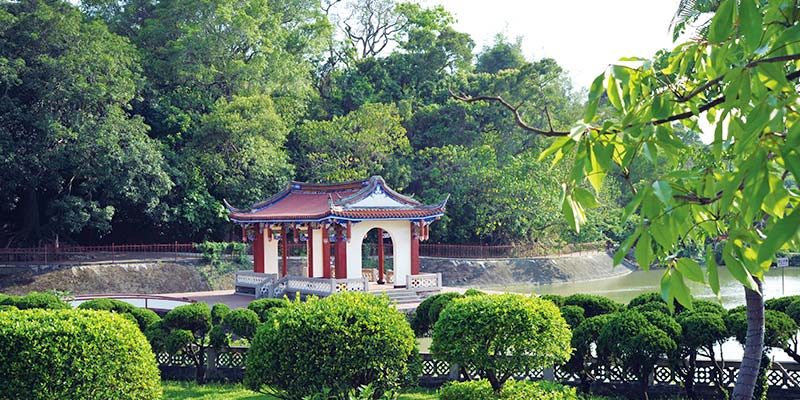 The Wufeng Lin Family House is the collective name given to the garden and residences in Wufeng, which consists primarily of the upper and lower house and the Lai Garden. At present the lower house is still being renovated.

Lai Garden, in which Ming-Tai Vocational High School is located, was built for his mother by juren imperial scholar Lin Wen-xianWenxian and became famous throughout Taiwan as the Lin Family Garden. In the years since it was first built in the Qing Dynasty the style of the buildings has changed considerably and, in the later period, new buildings and gardens that are a mix of Chinese, Western and Japanese styles appeared. 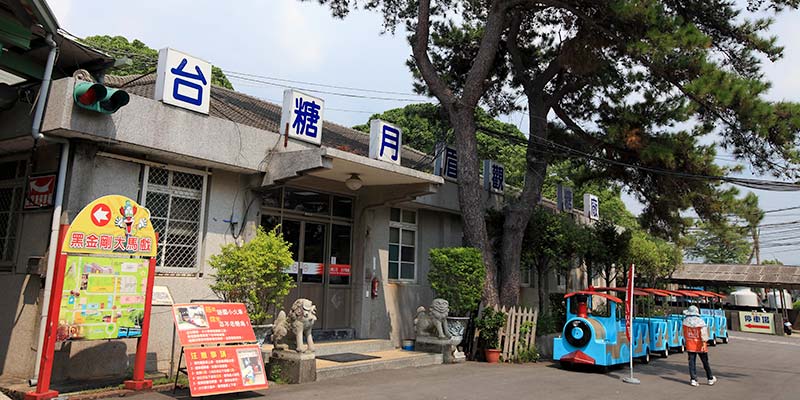 Yuemei Sugar Factory was first established in 1909. Enter through the head of an old locomotive for a nostalgic trip back in time. Visitors can also enjoy old style ice lollies and remember the sweet taste of their childhood. In the tourist area opposite the employee store the new features of the factory, a fountain, pond and a white bridge can be seen whilst on the wall scenes of the old mountain line railway are painted, taking the viewer back in time.

As well as enjoying Taiwan Sugar Corp. ice products, an interpreter is on hand to relate the story of the century-old factory. The factory also has various village cultural relics, sugar making equipment and Qing Dynasty imperial edicts on display.